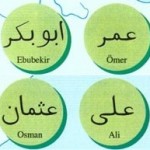 Those who have acknowledged the existence of books other than the Quran as sources for Islam in the belief that the Quran was not self-sufficient, and who have tried to understand Islam basing this on the hadiths, think that the happiest period of Islam was in fact the period during which the Prophet reigned and next to it the period of the Four Caliphs that followed it. However, their behavior has betrayed their speculative approach. It is a fact that the Four Caliphs banned the copying of all hadiths and did everything to thwart the attempts to copy. What is more, the time was the period after the death of the Prophet. Had they so wanted, they could have collected an infinite number of hadiths, and the result would have been much more reliable, given the fact that they would have obtained their information from the people who had seen and talked to the Prophet. What they did, however, was to outlaw the creation of sources next to the Quran. It may be worthwhile to quote here the remark of Darekutni, the celebrated hadith transmitter: “A sound hadith among those invented is like the only white hair on the skin of a black ox.” A time came when the number of invented hadiths exceeded the genuine ones. The most renowned book of hadiths came out in the period when the political, material and moral interests had prevailed. The authors were certainly oblivious to the Four Caliphs’ approach to the issue. Although the said Four Caliphs are an object of praise today, they ignored their attitude toward the hadiths:

Abu Bakr gathered the public after the death of the Prophet and addressed them thus: “You are transmitting conflicting hadiths that clash with the sayings of the Prophet. The persons to come after you will be in a worse predicament. Transmit no hadiths from God’s messenger. Speak to those who would like you to transmit hadiths in the following way: “Behold! God’s book is with us, abide by what has been made lawful for you therein and avoid what has been prohibited.”
Zahabi, Tezkiratul Huffaz, Bukhari

As we see, Abu Bakr, the first Caliph, was resolute about the prohibition of writing down hadiths. He made no distinction between the true and the fabricated hadiths. It is advisable to remind our readers that this approach by the Caliph is all the more meaningful if we consider that at the time there were still people living who had been a witness to the Prophet’s acts and sayings. The attitude of Omar was no different. He was even more rigid in his approach.

If the hadiths were to be a source of Islam like the Quran, the Prophet would have asked his companions to copy and learn them by heart. Yet, he prohibited their copying, let alone ordering them to be copied as we have seen in the previous chapters. Had the Prophet desired them to be learned by heart, the companions nearest to him like Abu Bakr, Omar, Usman, Ali, Sugry, Zed b. Sabit and Selma al Farsi, would have transmitted thousands of hadiths. Instead, the words that have been transmitted from the abovementioned companions are very few. For instance, not even one third or one fourth of the hadiths alleged to have been transmitted by Abu Hurayra, one of the fabricators, can be ascribed to all the words spoken by other prominent companions. We shall be dealing in this chapter with some fabricators, including Abu Hurayra, instrumental in interpolating into the established creed Jewish and Christian legends and parables. We shall see the reason why the infinite number of hadiths these people invented cannot be relied upon. We shall also observe the lack of fastidiousness and meticulousness, which they claimed to have had in collecting and sorting out the hadiths.

In Chapter 4, we have seen that a person who had the chance of setting eyes on the Prophet was styled his companion (sahabe) and whatever that person said was taken to be the literal truth. The word sahabe actually means the persons who were very close to the Prophet. We read in the Quran that there had been many hypocrites who professed to be Muslim, whereas in fact they were disbelievers and had created innumerable difficulties for the Prophet. It is regrettable to observe that the transmitters of the hadiths turned a blind eye to the meaning of the relevant verses and preached that whoever abided by the sayings of the companions was on the right path. The Sunnis who detected many errors in declaring the Twelve Imams innocent, ended with a more serious failure, which led them to face a derision they did not deserve, by announcing immune a whole generation and the persons among whom there were mischievous characters and about whom there were deprecatory allusions in the Quran. We shall now take up the case of Abu Hurayra, declared infallible, having been styled a companion of the Prophet, who transmitted thousands of hadiths, and see where such a mentality leads us.

PAGE 2: IF ABU HURAYRA IS DECLARED UNRELIABLE
PAGE 3: IS THE CHEATING OF THE HORSE MORE IMPORTANT THAN THE BEATING OF OMAR?
PAGE 4: THE ERA OF THE OMAYYADS WAS THE GOLDEN AGE FOR ABU HURAYRA
PAGE 5: JEWISH PARABLES AND PROMINENT FABRICATORS
PAGE 6: INFLUENCE OF KAB AL AHBAR
PAGE 7: EXAMPLES OF FABRICATIONS HAVING KAB AS THE ORIGIN
PAGE 8: WAHB IBN MUNABBIH
PAGE 9: CHRISTIAN INTERPOLATIONS AND PROMINENT FABRICATORS

Once the Quran came to be deemed not self-sufficient and the need was felt to supplement it with hadiths and ijtihads, the rise of numerous sects was inevitable. The four sects prevalent today of the Sunni and Shii sects have had the largest followers among many that have emerged in history.

According to one hadith a man’s calf should be covered, according to another it might be uncovered; according to a commentary of a hadith bleeding would render a man canonically unclean, according to another, touching a woman’s hand would have the same effect. Those who were responsible for corrupting religion by reverting to sources other than the Quran tried to come to a settlement of such issues by having recourse to sects. In this way, the Islam of the Quran was transformed to the Islam of the sectarians. On the other hand, it so happened that the founder of a sect took into his head to enjoin the covering of a man’s body from the waist down to his knees based on a certain hadith, while another denied the authenticity of it. The founder of another sect thinks otherwise and disregards such a prohibition. The fact is that a given hadith was liable to be interpreted differently, but not the Quran since it is the unique source of Islam.

PAGE 2: RESEMBLANCE BETWEEN ISLAMIC AND CHRISTIAN SECTS
PAGE 3: THE SAME PERSON’S DESTINATION IS HEAVEN ACCORDING TO A GIVEN SECT AND HELL ACCORDING TO ANOTHER
PAGE 4: SECTUAL DIVISION IS NOT SALVATION BUT DAMNATION
PAGE 5: THE ONLY WAY TO FREE ONESELF FROM THE ASCENDENCY OF SECTS
PAGE 6: NAKED WARNING
PAGE 7: THE PLIGHT OF A HANAFI WITH TOOTH DECAY
PAGE 8: WOMEN AS SEEN BY THE KHARIDJIS
PAGE 9: SECTARIAN IMAM WHO SAW GOD IN HIS DREAM!
PAGE 10: SHAFI LAID DOWN THE FOUNDATIONS OF A PSEUDO-RELIGION
PAGE 11: ARE YOU STILL FOLLOWING IN THE FOOTSTEPS OF YOUR ANCESTORS?

Despite the great number of orders (tarikats), each widely differing from the other, and altogether apart from the Quran’s teaching, for lack of space, we shall dwell on the worship of sheikhs and certain incontestable truths common to most of them.

PAGE 2: TRANSFORMATION OF DERVISH LODGES INTO TAVERNS AND BROTHELS
PAGE 3: WHOSE SPIRITUAL LEADER IS SATAN?
PAGE 4: BLIND OBEDIENCE TO SHEIKHS
PAGE 5: EXPLOITED DISCIPLES
PAGE 6: LEGENDS
PAGE 7: FUNNY LINK
PAGE 8: DO NOT FOLLOW IN THE WAKE OF THEIR MASTERS
PAGE 9: DISCIPLES THAT CAUSE THEIR SHEIKHS TO FLY

Honesty, good morals, diligence in the practice of religious rituals, frequent reciting of God’s name are the essential sunnas indicated in the Quran. Turbans, wearing robes with long sleeves and skirts, growing beards, eating with the right hand and seated on the groundi along with restrictions of women’s rights are among the numerous Arabic customs that were instilled into the brains of the public as if they were the Prophet’s own ways. One of the reasons of this brainwashing was to Arabize the Muslim people who were not Arabs by indoctrination through sanctification of the Arab customs and philosophy of life. Had these customs not been shown to be of a religious character, the Arabic customs would not have infiltrated into Muslim communities. The hadith books that found fertile domain in the minds of the sunna followers, like Bukhari and Muslim, and the establishment of sects under the Omayyads and Abbasids, namely Hanafiyah, Shafiyah, Malikiyah and Hanbaliya, have been instrumental in inculcating the Arab nationalism into the minds of Islamized communities. 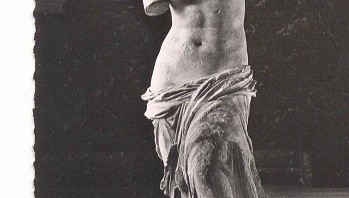 The entire universe is a product of God’s art. God manifests His art and power in the movements of the earth, in the rain, in the twittering of a bird and in the color of a violet, in a piece of music, in a sculpture, and in a painting. God is the creator of everything, the maker of all raw materials and the mastermind of laws of chemistry, physics and biology. Man shapes what God has provided him with in due conformity with physical laws; he invents machines, makes various calculations that, thanks to mathematics, lead to the production of cars and airplanes. A musician composes with what already exists in the world. A perceptive mind sees the existence of God behind all these things. Nowhere in the Quran is there a suggestion about the prohibition of music, sculpture or painting. Yet, many sects have banned the arts and have wanted to impose their gloomy world on others.

The food prohibited to consume is explicitly indicated in the Quran.

115 – He only prohibits for you dead animals, blood, the meat of pigs and that which is dedicated to other than God. But if one is driven by necessity, without being deliberate or malicious, then God is Forgiver, Merciful.
16 The Honey Bees, 115

145 – Say: “I do not find in the revelations given to me any food that is prohibited for any eater except: dead animals, running blood, the meat of pigs – for it is unclean – and the meat of animals blasphemously dedicated to someone other than God.” But even so, if a person is forced by necessity, without being deliberate or malicious, your Lord is Forgiver, Merciful.
6 The Cattle, 145

PAGE 2: NO PROHIBITION AGAINST MUSSELS AND SHRIMP!
PAGE 3: EATING RICE WITH THREE FINGERS

MAHDI AND THE ANTICHRIST
It is believed that this figure is about to appear near the end of the world to wipe out the enemies and become the Lord of the world and to later join Christ to defeat the Antichrist. According to the hadiths not only the Mahdi, but also his disciples, possesses superior powers. Thousands of hadiths have been concocted to prove that one’s own sheikh or leader was the Mahdi. There are many contradictory accounts as to the outward appearance of Mahdi, the place where he is to emerge and about his doings. Damascus, Kufa, Istanbul and Madina are the possible points of emergence of Mahdi according to the hadiths. The first generations invented so many hadiths that there was nothing more left for later generations. The description of Mahdi differed according to different leaders; as he was to assume the guise of the leader in question. There has been an inflation of Mahdis in the world of Islam.

Despite the fact that there is no mention either in the sects or in the hadiths, we shall try to show the superstitions, believed by ignorant people to form a part of the religion and exploited by bigots and opportunist publishers.

Page 3:THE QURAN IS NOT A BOOK OF SPELLS