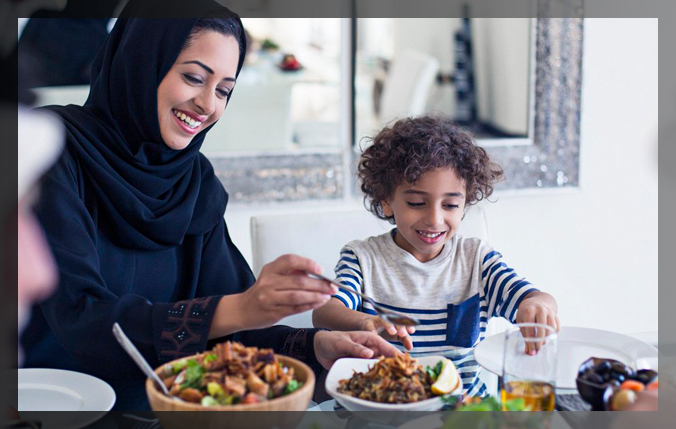 EATING RICE WITH THREE FINGERS
Many other things extraneous to religion’s scope have been introduced to it, ranging from table manners to menus under the guise of sunnas.

Here are some of the additions: regarding table manners, a meal must be consumed seated on the ground. Whether it is rice or other dishes, man must use three fingers and not a fork and spoon. When seated on the ground, the right leg should be bent from the knee while the left should be placed under the buttocks. It is absolutely required that the right hand be used, for Satan is believed to eat with his left hand. On the menu of the Prophet the following existed more often than not: chicken, beef, squash and eggplant. As America had not yet been discovered during the lifetime of the Prophet, potatoes, tomatoes and corn were outside the confines of the sunnas. In other words, a person who ate squash was performing a meritorious act while the potato eater would be deprived of this blessing. Numbers also were important: water should be drunk in three gulps; it is also claimed that a meal should be served in one single container in which persons around should partake, according to the sunna. (Yet in Sura The Light, 61, it is said: “It is no sin in you that you eat together or separately.”) According to another widespread belief, breaking the fast in the month of Ramadan with olives or dates is a meritorious act. A person who breaks his fast with soup or cheese will not be as meritorious as the former. At the conclusion of the meal, the three fingers with which one has eaten should be licked and the order in which this will be executed should be according to a sunna. The concept that sees the Quran as inefficient has immersed the religion in details almost without end. The essential thing according to the Quran regarding the eating habits are as follows: the fact that what is eaten is lawful and the fact that God is thanked for what one has consumed in cognizance of the fact that sustenance comes from God. All other manners are but customs of Arabs to which the Prophet may have conformed.

PAGE 2: NO PROHIBITION AGAINST MUSSELS AND SHRIMP!