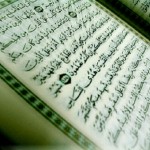 strong>THE QURAN IS CONSISTENT WITH REASON
22 – The worst of creatures in the sight of God are the deaf and the dumb who understand not.
8 The Spoils of Water, 22

The path to God is the path of intelligence and conscience. The worst creature in God’s sight is he who is deaf to reality and unwilling to use his intelligence. These people do not use their brains, a gift of God granted to man in order to differentiate him from other creatures, and are blind to His clear evidences. They have no need for intelligence as they cling to their lords, their forefathers, the established traditions and public opinion. Those who have failed to get the message of the Quran have tried to manipulate it into a system of intractable postulations mixed with dogmas and superstitions. This has caused an infinite number of people to repudiate religion or to turn them into atheists. Therefore, it is very important to differentiate Islam decreed by the Quran from the traditionally inherited religious practices rendered distressing and irrational. This will relieve Islam from unnecessary burdens, interpolations and omissions. The great masses who had turned a cold shoulder to the Quran and Islam will thus be won back.

10 – We have sent down to you a book which has a reminder for you. Will you not then understand?
21 The Prophets, 10

This was the mentality that had delayed for 278 years the use of the printing press invented in the 1450s and led the ulema (professors of theology) to issue a decree for the decapitation of the Sultan’s sons, a capital sin according to the Quran. This was the mentality behind the practices of the primitive and savage Talibans in Afghanistan and of the austere and unyielding Shiites in Iran, who deemed unsatisfactory what the Quran announced. This mental outlook ended by turning the imams, the mullahs and the sheikhs and their spurious statements into the wellsprings of religion, inventing grotesque hybrid systems superseding God’s Word. The pronouncements of these people having been styled the authority, and declared apostate the dissenters and excommunicated them (see Chapter 32).