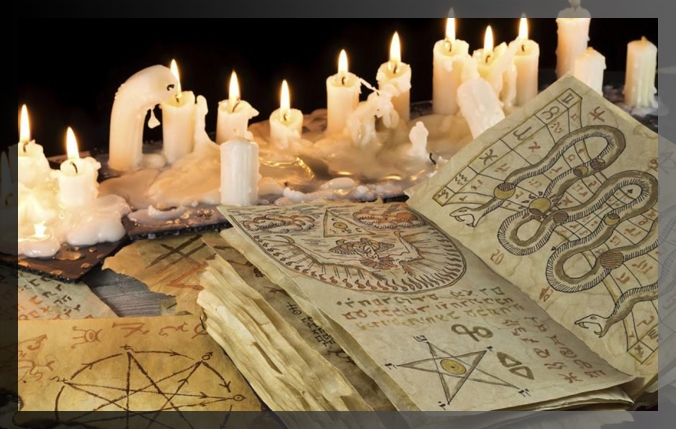 HELP EXPECTED FROM SAINTS
To tie a knot, to light a candle, to weave spells, etc. at the tomb of a saint are frequently encountered superstitious acts that have nothing to do with the Quran. Here is a story told by a visitor to the tomb of Gazi Osman, founder of the Ottoman Empire. “I paid a visit to the tomb of Osman Gazi, on the top of the hill where the fire tower is erected. Seated on a bench surrounded by an iron fence, I was watching the beautiful view that stretched below. Suddenly I caught sight of a group of women who were trying to tie strings and pieces of cloth on the leaves of trees at the bottom of the hill. I came to realize that the leaves of the trees were decorated with innumerable pieces of cloth. I asked the people around whether they knew what they were. Someone knew the answer. Formerly guns were shot to announce the end of the fast during the fasting month of Ramadan. Pieces of cloth stuck in the gun before firing used to scatter around and came to rest on leaves. Women who believed that there should have been there a saint’s tomb began to tie cloth on the leaves. Women visitors at present were convinced that here lay a saint and began to visit it regularly!” This devotional attitude(!) is widespread at present, and the devotees are considered to be performing a pious act that is to be rewarded. These people who take the Quran as a book of incantation believe for certain that acts like whistling in the dark, looking in the mirror at night are prescribed in the Quran.

To illustrate our argument we bring to your attention to a book published by Pamuk Publishing: Kuran-ý Kerimin Havas ve Esrarý, which gives remedies for illnesses, etc.

Superstition Example 1 – The sins of those who have acquired the habit of reciting these three verses in Sura The Romans and the three verses in Sura Who Stand in Row shall be pardoned by God even though their number is as many as the grains of sand in the deserts and as much as the waters of the seas. If someone writes the entire sura on a piece of paper and puts it into glassware with a narrow neck and leaves it on the doorway of a person against whom he has evil intentions, the entire household will immediately get sick. Even a person who chances to cross over the threshold of that house after the spell is cast will follow suit.

Superstition Example 2 – If someone recites Sura The Female Disputant and breathes it on a sick person writhing in pain, that person will immediately find relief and go peacefully to sleep. Persons who continue to recite this sura night and day shall be protected against burglars. If the entire sura is written on a piece of paper and thrown over the crops, it will serve as a pesticide and the result will be abundance and plenty.

Superstition Example 3 – If a person recites Sura Charity and breathes it on the household furniture the said furniture will be protected against breakage and loss. The word of a person who has acquired the habit to recite this sura every now and then will be received as an authoritative pronouncement. His word will be obeyed without objection.

Superstition Example 4 – Those wishing to become rich must recite Sura Backbiter at the end of each prayer. To censure someone, it must be recited and breathed on 101 peppers to be burned later.

Superstition Example 5 – Persons who experience frequent seminal emissions at night will be cured if Sura The Knocker is recited and breathed upon alum which is placed under one’s pillow before going to sleep.

Superstition Example 6 – A person suffering from hemorrhoids will be cured if he recites the Sura The Most High seven times at the end of his prayers. A person who carries with him the written version during the Friday call to prayer shall be protected against the evil eye and spells and cease to be an object of jealousy or envy.

Superstition Example 7 – If you write Sura The Day Break in its entirety on a piece of paper, in indigo ink made with well water that has never been exposed to daylight and obtained from seven different wells on a Saturday before the break of dawn, and breathed on the doorway of a house, dissension will immediately ensue in that household leading to the separation of couples.

Superstition Example 8 – Seven nooses are wound around an asphodel and Sura Pre-eminence is breathed upon it. At every noose is recited: “God, I have tied his lust and sexual organ as well as his mind with 360 disabilities and 72 privy parts.” Whereupon the asphodel is exposed to the wind. It must not be lost for one may have to undo it.

Superstition Example 9 – A virgin makes 17 nooses on an asphodel and the verse Ayat ul Kursi containing 17 ’M’s. These verses are recited 10 times and breathed onto every noose, wherepon the words: “God, I have tied up in the name of Imam-ý Azam and the beautiful names of God, the sex or tongue and the path of …..” are spoken and the virgin makes a noose each time until 17 nooses are completed. Thus the verse is recited 170 times. This asphodel on which the spell is cast is put beneath a stone in a dark place and kept there.

Superstition Example 10 – In order to undo a spell cast upon a man whose sexual lust had been tied down, the verse Ayat ul Kursi is written on a clean sheet and on another sheet are written the last four verses of Sura Exodus. The former verse is tied on the right arm and the latter ones on the left arm. Having performed this, the man must urinate through a hole of an axe never used before, passing his organ through it.

Turn to the first page of the Article/

Page 3:THE QURAN IS NOT A BOOK OF SPELLS