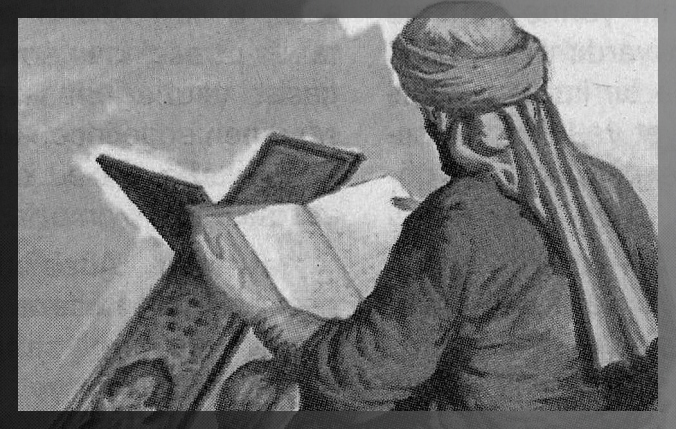 OMAR’S CHASTISEMENT OF FABRICATORS
Omar wrote letters to the Prophet’s companions, who lived in other cities, asking them to destroy all the copies of hadiths in their hands.
Ibn Abdil Berr, Camiul Bayanil Ilm ve Fazluhu.

There was a remarkable increase in the number of hadiths during the caliphate of Omar. Omar desired that all the pages on which were written the hadiths that were in the hands of the public be brought to him. Then he ordered that they be destroyed, saying: “These are like the Mishnah of the Jewish people.”
Ibn Sad- Tabakat

Omar drew a parallel between the Mishnah that had contributed to the corruption of Judaism and the hadiths. Not being satisfied by mere speculation, he had them destroyed. According to our estimate, the hadiths was quite probably more correct compared to those we find today in the books of Bukhari and Muslim. To begin with, the persons who had known the Prophet were still alive and no political dissensions had yet started.

Let us ask the defenders of traditional Islam if Omar had not loved and respected the Prophet. If their answer would be affirmative, they should not challenge then the defenders of the self-sufficiency of Islam. Otherwise, they should also level criticism at Omar who had the hadiths burned. There is no doubt that Omar held the Prophet in affection, but he had got the message of the Quran and the essence of Islam. His burning of the hadiths was not a sign of disrespect toward him; quite the reverse was his attitude, one of profoundest respect in fact. He knew that the Prophet himself had banned the copying of his sayingsas the Quran was self-sufficient and included everything a man should know. He tried to protect Islam against Mishnah and the acts wrongly attributed to Omar. People nowadays who praise Omar believe that to abide by the hadiths is to respect the Prophet. They are more Catholic than the pope, as they say in the West, and far removed from the Quran. In the next chapter we shall see the strong reaction of Omar against such people as Abu Hurayra and Kab who had transmitted innumerable hadiths (see Chapter 12.)

Omar said to his friend who went on a journey to Iraq: “You are going to a country where the population recites the Quran like busy bees; so do not divert them from their true path with hadiths.”
Ahmad Ibn Hanbal, Kitabul Ilal

Omar spoke thus: “Remember those that went before you, they had books written and abandoned God’s Book. I shall not allow anyone to compare any book with the Quran”. In another instance he had said: “I will not exchange any book for the Quran.” Yet, on another occasion, he had announced: “By God, I shall not let any book cast a shadow on the Quran.”
Al Hatib, Takyidul Ilm; Ibn Sad, Tabakat.

Omar carried on his reaction against Abu Hurayra and Kab who continued transmitting hadiths.

PAGE 3: PROMINENT COMPANIONS OF THE PROPHET WAGED WAR AGAINST TRANSMITTERS OF HADITHS
PAGE 4: ALI THE CALIPH HAD HADITH PAGES DESTROYED