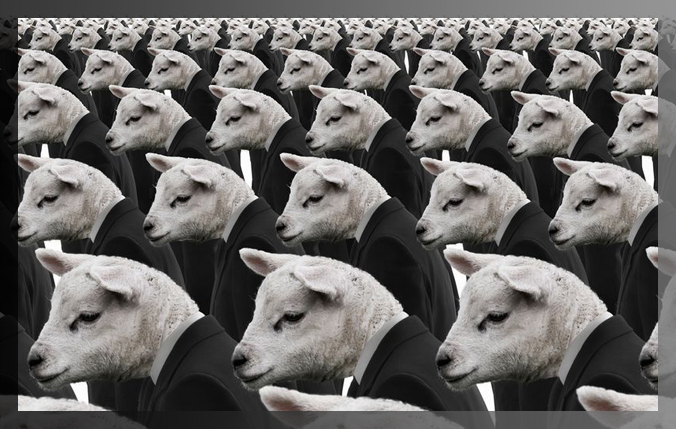 PLURALITY AMONG THE HINDUS
A person born into a Hindu family will believe that there is an infinite number of divinities incarnated in the cows around. It seems very natural for him to think along the lines of his forefathers. A child born into a practicing Christian family will find it only natural to think that Christ is God incarnate as preached by Catholicism and Orthodoxy. The traditionalist Islamist stands justifiably against such conceptions and in proof quotes the following verses of the Quran:

116 – If you obey the majority of people on the earth, they will divert you from the path of God. They follow only conjecture, they only guess.
6 The Cattle, 116

106 – And most of them believe not in God without associating others as partners with Him.
12 The Joseph, 106

As one can see from these verses, to fall in line with the majority may, more often than not, cause people to swerve from the right path. It has often been the case that the minorities were right in their judgment. God has not allowed us to find out truth by having recourse to the majority but has encouraged us to use our brains. You can find in the manner by which a traditionalist Muslim tries to point out the errors committed by a Hindu or a Christian delivering discourses like the above by reference to this and other verses. When traditionalist sects who use the right criteria in advising Hindus and Christians are called back to the Islam preached in the Quran, they prefer to take refuge behind their status as partisans of the majority, faithful to their historical past. Nevertheless, the traditionalists know how to admonish those who had been led astray and taken Christ for the Son of God and the calf for the refuge of divinities. They were the self-same people who had come up with the support of the majority behind them to stick to their old customs and traditions.

Page 4: PURSUE NOT THAT OF WHICH YOU HAVE NO KNOWLEDGE

Page 6: FOR THE SAKE OF TRUTH