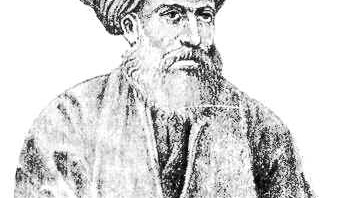 CAUSES OF POVERTY
1. Committing sins..
2. Telling lies
3. Sleeping late in the mornings.
4. Sleeping longer than eight hours in a given 24-hour period.
5. Lying naked in bed.
6. Answering nature’s call stark naked.
7. Eating in reclining posture.
8. Scattering around crumbs of bread.
9. Eating without washing one’s mouth when one is canonically not pure.
10. Burning onion and garlic peel.
11. Sweeping the floors at night.
12. Not disposing accumulated wastes.
13. Walking ahead of those older than himself.
14. Callinghis or her parents by their names.
15. Scratching one’s teeth with a stick.
16. Rubbing hands with mud and clay.
17. Sitting on the doorstep.
18. Leaning against one of the sides of a door.
19. Performing one’s ablution in the water closet.
20. Sewing unstitched piece on a dress while it is being worn.
21. Wiping off one’s face with one’s sleeve or hem of a skirt.
22. Keeping intact a spider web at home.
23. Tarrying when performing the prayer.
24. Leaving the mosque soon after Morning Prayer.
25. Going early to the market every morning.
26. To Lingering in the market place.
27. Buying crumbs of bread from beggars.
28. Cursing one’s offspring
29. Throwing lice into the fire.
30. Leaving open the covers of containers at night.
31. Snuffing out candles by blowing on them.
32. Writing with a knotted pen.
33. Combing one’s hair with a comb of which a tooth is broken.
34. Forgetting to pray for the souls of one’s parents and masters.
35. Winding one’s turban while seated.
36. Putting on one’s long drawers while standing.
37. Getting mad and sending away a beggar.
38. Being sparing in one’s consumption of one’s needs.
39. Being prodigal.
40. Being neglectful in handling one’s means.
41. Sleeping in a house without door.

These are the contents of the bestseller of Erzurumlu Ýbrahim Hakký, Sunni sectarian Muslim. The book, written two a half centuries earlier, is still in vogue among the believers. Even muftis have praised this religious mania. Its editors have extolled its author in their prefaces. The author did not verify the truth of his hallucinations calling them “evidences proven by experience.”